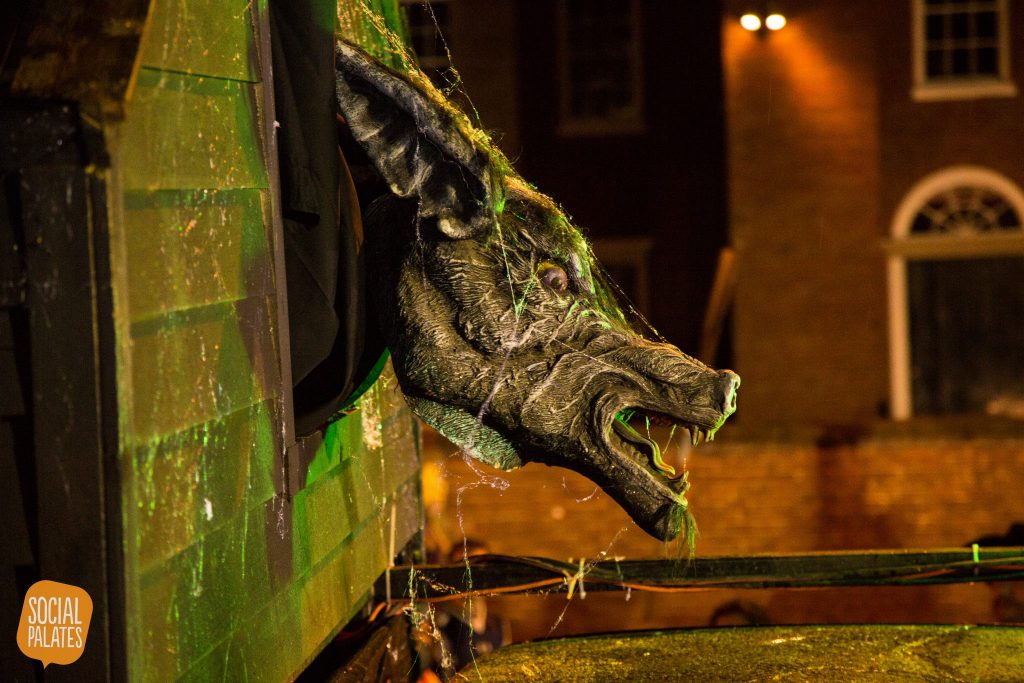 Movie Monsters will flood the streets of Salem this Thursday, Oct. 5th as the 22nd annual Haunted Happenings Grand Parade officially kicks off THE Halloween season for tourists and residents alike.

Twenty-two years. If you were a 10-year-old kid dressed in costume for any of the first few, quite possibly you have a son or daughter participating this year. Tradition is a big deal for this parade.

Another tradition involves picking a theme to help participants get creative in their costuming and float themes. Movie Monsters opens a vast panorama from which to dig deep the creative juices. We look forward to the sights and sounds.

According to the Salem Chamber of Commerce, which produces the Haunted Happenings Grand Parade, “The choice of costumes for this year’s parade is endless, based on all the classic and beloved monster themed movies parents and kids love. The parade audience will see a lot of characters from Monsters Inc., Beauty and the Beast, Harry Potter, and The Addams Family, to name a few. Thriller might make a comeback and one or two horror movie characters might join the Salem Chamber Haunted Happenings Parade as well!”

Children & teens from Salem schools along with adults from schools, businesses, city offices, fire & police departments and other organizations participate as volunteers, organizers, planners, walkers and cleanup crews. It really is a group effort.

Friends and family cheer them on along the way, and at the Common they will be entertained by local favorite DJ Doug.

Mark your calendar to remind you to visit us this Thursday to see the spirit of Halloween on the faces of kids as the spotlight is all theirs.

One Response to “Marching Monsters Haunt Halloween Parade in Salem”