Success in business or in community support is something to be praised. The Salem Chamber of Commerce will be doing just that with the Celebrate Salem Awards Dinner this coming April 27th at the Peabody Essex Museum. 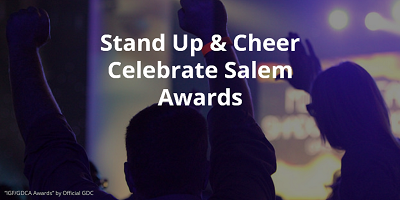 The program this year features 36 nominees in 6 award categories. Individual winners will be decided by a general vote of the community at large— that means you! One vote per person (either by email, fax, mail or on-line vote). Deadline to vote is April 12th, 2016.

Full disclosure, we are nominated in one of the categorizes.

2015 New Business of the Year: Awarded to the best new business that opened in Salem in 2015.

Long-term Achievement Award: Given to a business that has achieved 10 or more years of success in the community.

2015 Community Service Award: Awarded to a member or organization with an outstanding record of community service and volunteer participation.

Take the time to not only look over this list for any personal favorites, but also the actual Salem Chamber of Commerce form which provides a brief synopsis of each nominee.