January may be a grim, gray month for most people, but we laugh at that notion in Salem. No, really, we laugh, as with the First Annual Salem Comedy & Spirits Festival, set for January 14 – 17, 2016. 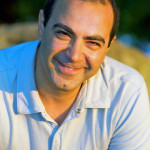 Festival producer and comedian Mark Scalia got the idea from a somewhat similar humor fest he had attended in New Orleans. It was a celebration of comedy for both the comics and the audience.

“New England in January tends to be dark and cold and can make people get a little stir-crazy. Comedy is a great way to get out on a cold night and laugh!  Besides, it’s the ONLY month that Salem doesn’t have another festival.”

1/14, 7pm
Enjoy a delicious dinner from Koto before enjoying opening night hilarity with 10 great comedians. Hosted by Mark Scalia and closing the show will be comedian Chris Pennie.

1/15, 7pm
Enjoy samples from Salem’s own Far From The Tree cidery before a showcase of 10 top comedians. Hosted by Mark Scalia and closing the show will be comedian Matt Barry.

1/17, 6:30 and 8:30pm
The evening at the Gallows Hill Theater begins with an Improv show with the hilarious “Accidentally on Purpose” featuring Erik Rodenhiser.

Then at 8:30pm, Ace Comedy Hypnotist Steve Coppola will take the stage with his interactive and comedic show!

Don’t let snow (or lack of it) get you down in January. Just come down to Salem MA and treat yourself to a laugh or two, or three or four at the The Salem Comedy & Spirits Festival. For tickets and additional info, go to http://salemcomedyfestival.com/