It goes without say that when something is nearly 350 years old and still functioning, it has a great deal of history to share. The House of Seven Gables, built in 1668 fits that bill, and the staff have now created a retrospective with a different perspective: A Gracious Host: Visiting the Gables through the Years, is an engaging exhibition showcasing the vibrant history of visitation at The House of the Seven Gables. 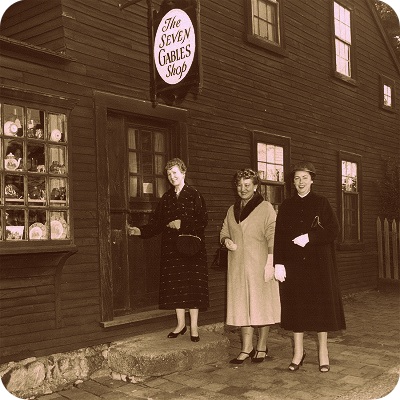 You are invited to journey through the past, and experience the history of one of America’s most famous homes as it transformed from a residence into a cultural icon. Through informational panels and object based exhibits, guests will see the house as they never have before.

The exhibit, running now through August 30th, is in the Visitor Center and is self-guided.

Dan Marshall, Manager of Visitor Services for The House of the Seven Gables explains, “We felt that this comprehensive exhibit highlighting our formation as a museum shared a broad overview of our history, allowing us to focus in on specific aspects of that story in the coming years.”

Most notably, he adds, “some of our upcoming milestones include: the 150th anniversary of our founder Caroline Emmerton’s birth in 2016 and The House of the Seven Gables (The Turner-Ingersoll Mansion) turning 350 years old in 2018.”

A Gracious Host will focus on key moments in the history of tourism at The House of the Seven Gables. From the last residents of the house until today, this exhibition will enthrall visitors of all ages. For more than a century, The House of the Seven Gables has been one of the most iconic historic houses in America. You will discover the beginnings of this historic treasure and how it came to be a popular tourist destination.

Marshall states, “I feel that The House of the Seven Gables offers a unique combination of philanthropic, literary, and architectural history. The museum was founded by Caroline Emmerton in 1910 as the financial support mechanism for her charity, The House of the Seven Gables Settlement Association. The proceeds from the mansion tours, funded the classes, daycare and healthcare that she provided to the Polish immigrant population of Salem. While the museum’s historical programs and the Settlement Association have both evolved over time, our profits still support the community through our annual grant programs.” 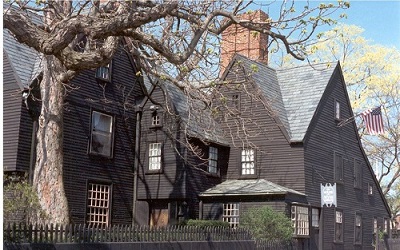 But the beginnings of The House of the Seven Gables as a historic site date back before the museum’s founding in 1910. The story begins with the construction of the house by John Turner in 1668. Every house has a story worth preserving, and without the early builders and inhabitants, there would be no story to preserve. Fortunately, the story of the early residents is told on the regular guided tour, but to this point has left a gap between that of Susanna Ingersoll, who died in 1858, and Caroline Emmerton who acquired the house in 1908.

During this 50 year period, the house was left to Susanna’s heir, Horace Connolly, then was owned for four years by a series of absentee owners, and was eventually purchased by the Upton family in 1883, who made it a home once again.

It was the Uptons who recognized the historic importance of the house and invited guests to visit for a fee. They took advantage of the house’s storied past and began to generate greater interest in the mansion as a destination. While this was a step towards the house becoming a historical and cultural institution, it would not be until 1910 when Caroline Emmerton officially opened the house as a museum and base for her Settlement Association that The House of the Seven Gables would become the iconic structure that it remains today.

In all that time there have been many visitors, perhaps you or even an ancestor of yours has walked the halls. Time to walk again and see what you may have missed.

As a reminder, Salem residents can visit the museum free of charge, year-round (except in October); just bring proof of residency. For more details, write to info@7gables.org or call (978) 744-0991. The House of Seven Gables is located at 115 Derby Street, Salem, MA 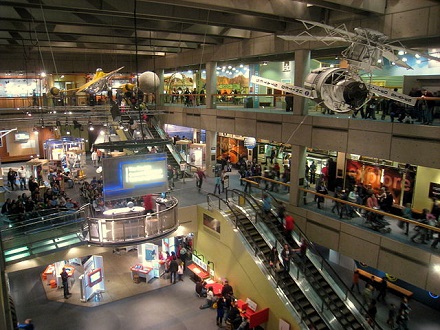 Far be it from Salem Main Streets to advise anyone NOT to visit a Salem attraction— but this one time our advice to residents is go to Boston! The Museum of Science welcomes Salem residents FREE of charge for the entire month of September. And if your visit is on either of two specific days, the train ride to Boston will also be without charge.

September Salem Days provides residents the opportunity to walk through the Boston Museum of Science. And there is a great deal to see: 700 interactive exhibits, live presentations, indoor lightning show and hands-on demonstrations.

This program is supported by the City of Salem and Mayor Kimberley Driscoll, and funded by the Norman H. Read Trust (thank you very much!).

The program includes free Exhibit Halls, Planetarium, and Omni Theater passes for all Salem families, individuals, and children. Passes have already been mailed to each Salem household; admission is for one visit and up to four individuals per pass.

If you did not receive the passes or need additional ones, you can go to distribution centers located at Salem City Hall, Salem Public Library, and the Salem Parks and Recreation Department. Passes will also be distributed in classrooms at the Salem charter and public schools.

Exhibit Hall passes must be presented at the Museum entrance with a valid Massachusetts driver’s license or identification card indicating you are a Salem resident.

But Charles Hayden Planetarium and Mugar Omni Theater passes must be exchanged for a timed ticket with valid identification. Salem residents must obtain these passes in the mail or from a distribution center before going to the Museum. 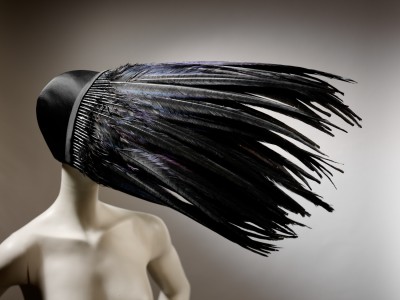 Some people love to wear hats some people don’t and then there are the many baseball cap wearers. If you loved viewing the hats at the Royal Wedding or are just hooked on fashion this is a don’t miss event for you. Starting Saturday, September 8 the Peabody Essex Museum has over 250 hats on display for your viewing pleasure. The exhibit will be open through February 3rd. 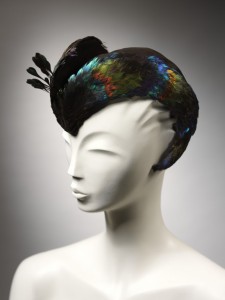 hollywood  stars, hats for mourning, traditional hats with a modern twist, felt hats, straw hats and feather hats. From a pompom hat worn by Bjork to the famous green rose and butterfly hat worn by Sarah Jessica Parker there are many hats which only the most fashion forward could wear. Of course, there are hats for sale in the PEM gift shop and several other shops Downtown Salem if this exhibit inspires you to buy a hat.