Mayor Kimberly Driscoll of Salem MA has proclaimed March 26, 2017 as Salem Women’s History Day to go along with other nationwide events this month to honor the achievements of women, past, present and future. In keeping with that proclamation, there are events to inform, educate and entertain the community and visitors. Among them on Sunday are:

The House of the Seven Gables will commemorate Salem Women’s History Day with a special women’s history tour and two lectures with speakers from the Partnership of Historic Bostons. 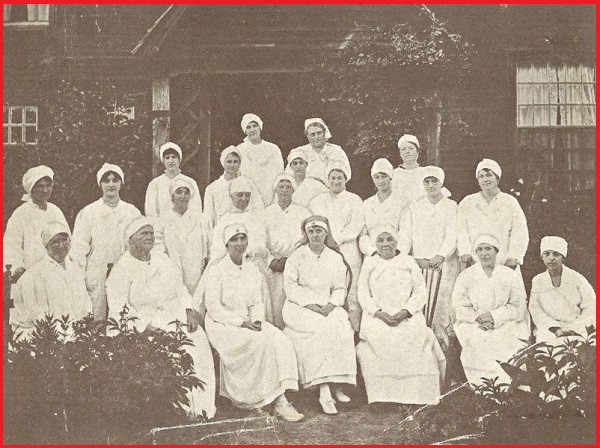 Women’s History Tour of The Gables—Free for Salem residents and members; regular admission applies to all others. (12:30 – 1:15 pm)

The Hidden Domestic Lives of Puritan Women: When you read the spiritual narratives of 17th-century Puritan women, it’s remarkable to realize that they are very like men’s narratives: completely focused on the search for grace. Women’s narratives mention family as rarely and perfunctorily as men’s narratives do. These were women raising children and creating homesteads in new colonial settlements, where the domestic labor was unceasing. How did these women live both as independent spiritual seekers–the first American individuals–and as wives and mothers? Free. (1:30 – 2:30 pm)

Katharine Gibbs: Trailblazing Woman in Business: Katharine Gibbs’ secretarial schools provided educational opportunities for women beginning in the early twentieth century and helped to change the face of the American office. Learn about this fascinating woman and the changing roles of women and work. (2:30 – 3:30 pm)

Women’s History Tour of The Gables—Free for Salem residents and members; Regular admission applies to all others. (3:30 – 3:45pm)

All events are available on a first come, first served basis. Registration is not required. Space is limited. For more information email groups@7gables.org, or call 978-744-0991 ext. 152.

You are invited to be the guests of Phillips House staff for a day of special guided tours focusing on the role of women who specifically lived at 34 Chestnut Street through the years. How their lives differed and had similarities is a fascinating time travel trip.

The tour is free of charge for Historic New England members and Salem residents.There is a nominal fee of $5 for nonmembers.

Tours are available on the half-hour. Registration is not required. Please call 978-744-0440 for more information.

Women have played key roles in the history of Salem, from the Witch Trials to social reform and this Sunday there will be a number of special Women’s History Days presentations to honor their efforts. 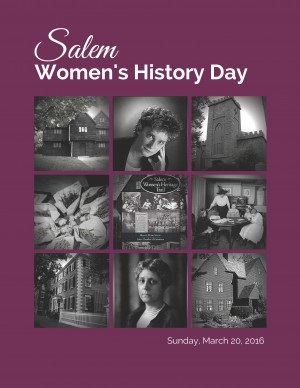 (In 1981 Congress established National Women’s History Week to be commemorated during the second week of March. Then in 1987, Congress expanded the week to cover the entire month of March. Mayor Kimberly Driscoll has additionally proclaimed March 20th as Salem Women’s History Day.)

The House of the Seven Gables

You are invited to a day of tours at The House of Seven Gables focusing on the roles that women have played on the property over four centuries. Yes, four centuries. The tours will be conducted at 11am, noon and 3:30pm.

Also Dina Vargo, author of the “Wild Women of Boston” will speak at 1pm with a book signing to follow. Local historian Robin Woodman will offer her lecture, “Strong Women of The Gables” at 2:30pm.

The House of the Seven Gables, open from 10am-5pm is located at 115 Derby Street in Salem.

The Witch House will be featuring an exhibit titled “Elizabeth Corwin: Her Book of Saints,” a rare look into the private thoughts of a 17th century woman. Within the margins of her devotional book,
recorded in her own hand, are entries relating to her finances, property and independence as she transitioned from widow to wife in colonial Salem.

Join the Phillips House staff for a day of special guided tours focusing on the role of women at 34 Chestnut Street through the years. Tours will be conducted on the half-hour.

The First Church In Salem, Unitarian Universalist, open for this session from noon to 3pm, is located at 316 Essex St, Salem.

For fees, discounts and any suggested reservations, please contact each organization separately.